During the lockdown, informal workers didn’t receive any government support; young people working in this economy have no safety nets. Currently, there aren’t any pathways for young people to move between the informal and formal sectors and employers often don’t recognise the experience and competencies young people have. 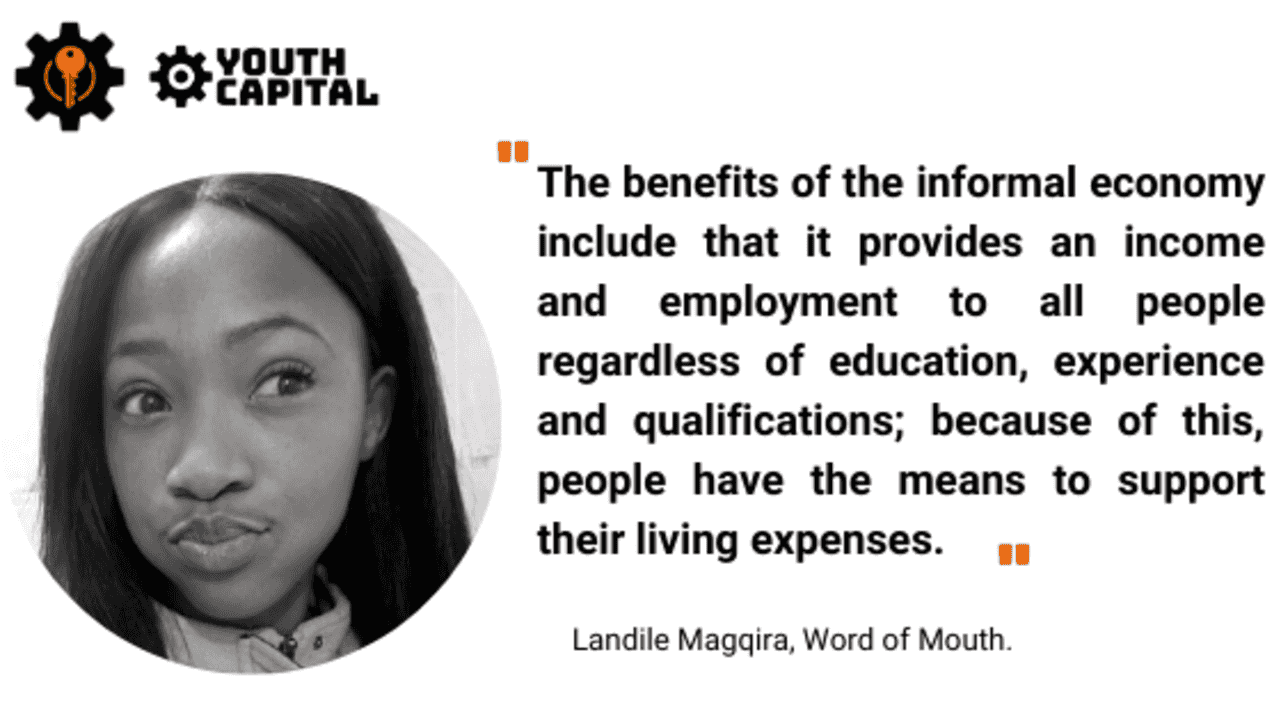 Who is Word of Mouth?

Landile Magqira is a nail technician, member of Word of Mouth (WOM). WOM is a South African social enterprise changing the way the informal economy trades, by using appropriate technology to unlock the potential of informal female entrepreneurs, the majority of which are youth. WOM assists its members by:

WOM Founder Simon Barson says “But we don’t want to stop here. We want to scale our platform to create a more inclusive economy and redefine what is possible for a generation of young informal female micro-entrepreneurs.”

Landile Magqira tells us about the impact that WOM had on her business, “Before WOM  I didn’t have a stable income; I had the skills but I wasn’t able to reach new clients. Signing up with WOM helped me connect with customers who were interested in my services.”

“WOM is different as we create capacity, trust and opportunity locally to stimulate the informal economy from within”, adds Simon.

What is the impact of WOM?

WOM is unlocking the potential of informal traders. For the whole of 2019, the NPO has seen the revenue of the platform growing at over 30% month-on-month. To date, they have signed-up 10,000 users, completing thousands of bookings, doubling and sometimes trebling the income of nearly 100 informal micro-enterprises.

This has translated in a positive impact on the communities they serve. Through its connection and training, WOM has played a key role in stimulating the local economy to generate over R750,000 of additional income for informal micro-enterprises. Anathi, a young female micro-entrepreneur, considers the impact WOM in growing her client base “Now everyone knows me before it was just friends and family. I feel like I can achieve my dream of owning a salon.”

Sign up to receive news about fresh research, events, activations and more. No spam, promise.